Father's Day
I wrote this to share at a Woman's Luncheon. After all these years my own memories still have the power to bring me to tears but I am so thankful for God's continued power to heal my heart.

For a long time the subject of fathers was a sore one for me. Like so many other children my father left.


I had just turned four years old. I remember the day. My brother and sister were in school. They didn’t know that we were moving into Nanny’s house. Because my mother did not have a driver’s license my father was driving us. We had to stop at the Police Department for him to pick up his paycheck. When he opened the car  door out cat jumped out never seen again.  Our beloved dog Lobo would not be making the move with us. I lost my cat, my dog and my Daddy on the same day. My mom was filled with despair having been betrayed by her husband and the woman she had believed a friend.


As the days turned to weeks we moved away from town to a rental home which was closer to my mother’s sisters and brothers.I felt the ‘sting’ of being ‘fatherless’ when the little girl down the street came over and took my bike from the front yard and later said “Since MY DADDY fixed it, it is mine.” I wanted so much to have ‘my daddy’ be the one there to do the fixing.


Though my father only lived 90 miles away to my child mind it was a far, far way off. We saw my father one or two times a year. While my mother struggled to put food on the table my father moved in with ‘the other woman’ and lived well. He had a cabin cruiser and drove a Cadillac.


But still I longed deeply for a relationship with my father. As the years past and this need was not satisfied I lost hope and turned that need into hatred. At least that is what I would say. It was the era of 60s and everything was about peace and love. I would say “The only thing I hate is hate. But I hate my father.” I needed to hate him. It was easier than loving him.


During my childhood I attended Catholic school. I did have somewhat of an understanding of Christ , in fact, I would say I loved Him even then. Jesus was safe for me. I understood Him like a brother relationship. Three years after Steve and I married my sister introduced me to Jesus as Lord and Savior. I was shy about this  but accepted with joy. God the Father was not as easy for me. While I grew in my faith there was still a Daddy hunger in me. 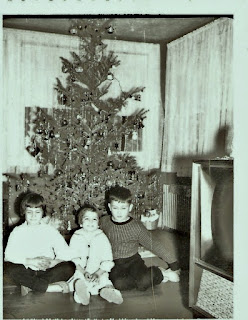 One afternoon while the children napped I was vacuuming the pine needles up from under the Christmas tree when a wave of sorrow flooded over me and I burst into tears and cried “Daddy! Why did you leave me?” And so began months of finally dealing with my broken childhood. It may have been triggered by my own children climbing on my husband’s lap and giggling and playing. Or when Steve told the children how their hair was sleek and was like “spun gold”.


While driving alone in my car one day the Spirit of God said to me “Remember that dream?” I hadn’t. Until the moment. But now the raw pain and fear of my childhood recurring nightmare flooded back. I dreamed, many times, that I was outside playing with my best friend “Lisa”. She fell from the slide, hit her head and died. I buried her in the sand. For a very long time I did not know if it was real and did not tell anyone because I believed it to be my fault. I cried at the memory. Then the Sprit explained the dream to me. My ‘best friend Lisa’ was my parent’s marriage. I thought it was my fault that they divorced and did not want to admit it or let anyone else know.  Now as an adult I could understand that I surly was not to blame and was able to let go of at least that.


And then soon after I was lying in bed when I was in that twilight that comes just before sleep and I heard a voice in my head that said “Do you remember?” And I sat straight up and said “YES!” And I was 3 or 4 years old again and I was sitting on my Daddy’s lap on a rocking chair that I remembered from my childhood home. I was nestled down in the crook of his right arm with his other arm draped over me. And when I said “Yes!” The voice said “How do you feel?” I answered “Safe.” And the voice replied : “That’s me.” For the first time since that day when the cat jumped out of the car I knew the safety and security of my Father’s arms.

All those long years that is what I was truly seeking.

5 A father to the fatherless, a defender of widows,
is God in his holy dwelling.


The Lord your God is with you, the Mighty Warrior who saves. He will take great delight in you; in his love he will no longer rebuke you, but will rejoice over you with singing.”


I hope that most of you have had wonderful relationships with your earthly fathers. But no doubt some of you still carry in your heart that “Daddy pain”. I believe that God wants me to tell you “Daughter, you are my child. I have loved you from the start. I will love you til the end. You are beautiful and I want to rock you in my arms.”


My father testimony is not quiet finished. I believed when God spoke to me my inner healing was complete. But there was more…Many years later when my father was married to his third wife (who was younger than me) he came for a visit. With him were his wife and young children. I watched as he positioned himself in a rocking chair. I watched as his young daughter climbed up on his lap and nestled herself in the crook of his arm. Instantly I saw him as a fallible man who had himself  had a deep Daddy void in his life. At that moment in my heart I completely forgave him. It was not enough to make peace with my heavenly Father I needed to forgive my eartly father.


I was blessed to pray with my father in his final days. I am grateful I was able to tell him so many of the things I had never spoken out loud.I was honored to be able to be with my father as he berated his final breath. I am awed to think that finally he got his healing when he opened his eyes in heaven and his father welcomed him home.


If this is not your story let Father’s Day truly be a day of thanksgiving. If this is your story let this be a day of healing. Finally..do you know a fatherless child? You do..we all do. Open your eyes and hearts to their tender hearts. You may not be able to ‘father’ them but you can encourage them. You can love them.  You can help their mom to cope with the day to day . You can be family. You can…you can…you can…will you?
Posted by nanajobx at 3:55 PM No comments:

nanajobx
What's in your hand?