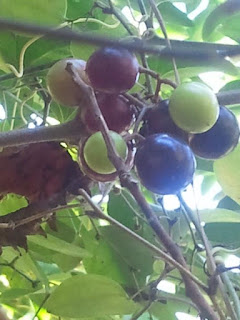 There are moments in time that lock into our minds, into our hearts. Precious moments that are just under the surface or perhaps deep in our subconscious that surface to reconnect us to the very core of who we are.
Before I married at age 18 I had lived in 17 different houses. My parents divorced when I was four and my mother, my brother, my sister and I moved to the Hamptons where my grandparents and the extended family had settled. For this reason we moved sometimes seasonally to be able to afford the rent which were very high in the summer months. With  all of these moves there is still one house that pops into my mind when I think of 'my childhood home'.
The Rat House. It was a beautiful home built in the 1700s. It had low ceilings, slanted floors, hiding places behind the chimney and rats. The walls were about 12" thick allowing lots of places for the rats to  nest. In the summer months the lived in the fields that surrounded the house and were only driven in when it was too cold to live outdoors. Several occasions we had 'face to face' meetings with these rodents including the night one decided to warm himself in the covers of my sister's bed...
But that is not my story today. 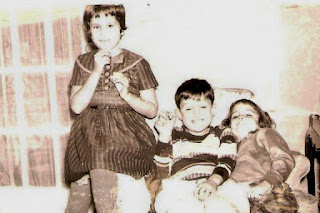 It was necessary for my mother to work full time. It was also necessary for us to take care of ourselves while she was out. But the 'Rat House' had so many adventures to offer! The horse chestnuts made for great playthings as we set up entire villages. Each nut was pryed out of it's sharp spinney shell and the beautiful smooth nuts became our beautiful people. Sometimes there would even be 'twins' revealed when we opened the shell much to our delight. We also set up 'olympic' training camps with pole vaulting, weight lifting and broad jumping using rocks and sticks and lots of imagination. Collecting pennies we would line them on the railroad track and put our ears to the rail as we waited for the train to come. On the rail the sound could be heard a long way off. Digger of course would tease us and pretend he did not hear it coming. Effectively scaring us and causing the engineer to blow his whistle.
It was on one of these walks to the track that we discovered the wild grapes. They were large, round and purple. I am guessing something along the lines of a concord. They were sour with seeds but we collected all we could and I imagine ate more than we should. The day was delightful. It must have been late summer or early fall. I would have been six years old. Fifty years ago. But that moment in time is as clear as if I were there right now. It was perfect. I still sense the closeness I felt to my brother and sister and the pride of telling our mother about our awesome find.
I moved to Manteo, NC seventeen years ago. After a year we bought a home on the north end of our little island. It is a 'homey' place that meets up with wooded undeveloped lots in the backyard. The brush that we have left on the boarder of the property provides a buffer of sorts and gives us a sense of privacy. Yesterday I was working in the garden and was doing a little 'walk around' on our property. It was then that I saw them. Big beautiful wild grapes. Not unlike those of my childhood. These would not be the exact variety and are somewhat sweeter than those of my memories. In the moment I saw them I was carried back..back in time, back in miles, back into the deepest place of happiness I could remember from a difficult childhood. Thankful does not truly express how I felt seeing these beautiful clusters..but that is part of it. Thankful for a childhood rich with memories of the simpler time. Thankful for my brother and sister and the bond that goes from the cradle to the grave. Thankful that my grandchildren will pick grapes like I did and pucker their lips at the sour sweetness. Thankful for the moments that define the years. The moments that attach us and carry us through difficult times in our lives and connect us with cords that can not be broken.
Posted by nanajobx at 2:00 PM No comments:

nanajobx
What's in your hand?